Travel Air 4000 in flight aerial photos will make you want to hope right in this antique biplane.   Travel Air Manufacturing Company produced more aircraft during the period from 1924-1929 than any other aircraft manufacturer. Introduced in 1925, around 1,300 Travel Air biplanes were produced by 1930. The primary uses of these antique planes were for private owners and aerial sightseeing businesses. The Travel Air 2000/3000/4000 originally, the Model A, Model B and Model BH, were renamed after the 1929 purchase of Travel Air by Curtiss-Wright  to  names CW-14, Speedwing, Sportsman and Osprey. 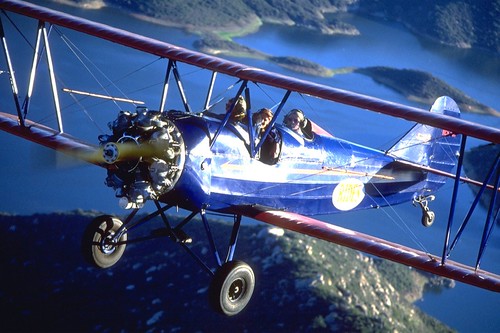 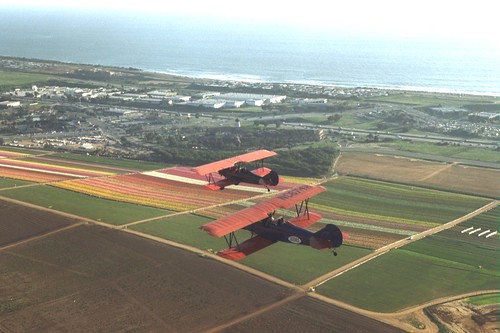 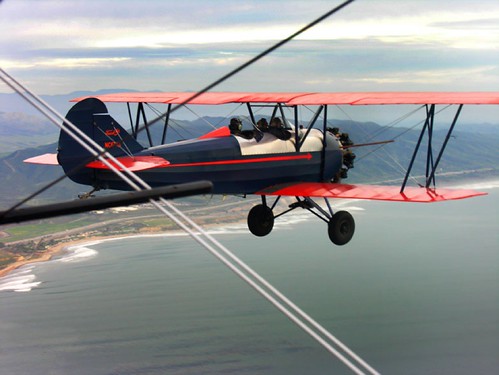 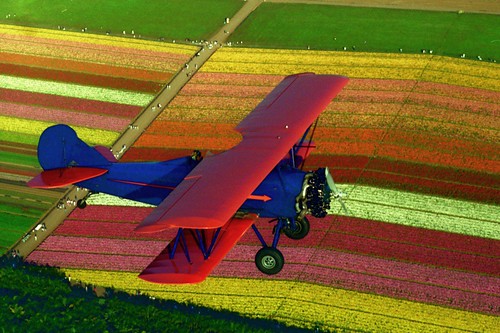