R22 Cockpit capturing Northern Ireland pictures. The helicopter aerial photography looks like a puzzle is on the ground. The Robinson R22 is a two-bladed, single-engine light utility and trainer helicopter produced by Robinson Helicopter. Since the R22’s introduction in the later 70s, there have been over 4000 of these two seated helicopters in operation by many private individuals, companies and flying clubs.

Aerial Picture from an Robinson R22 Helicopter in Newtownards in County Down Northern Ireland. 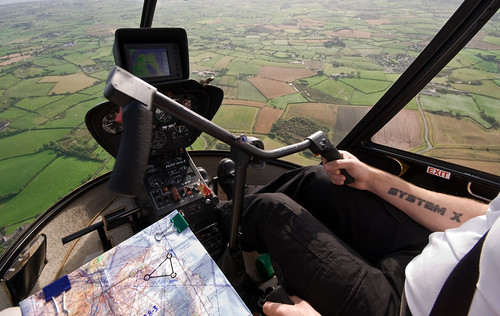